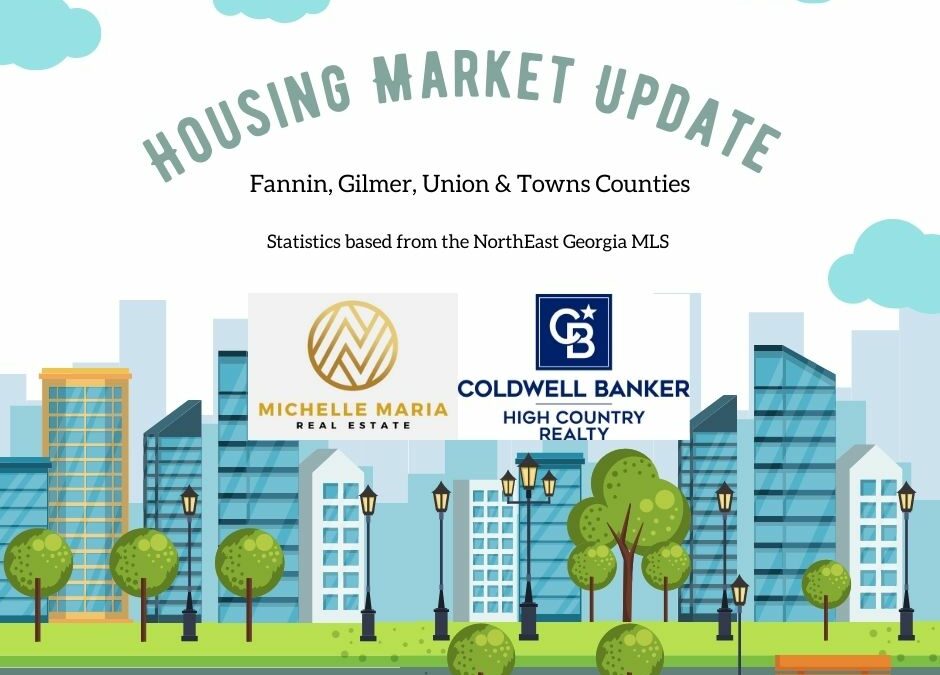 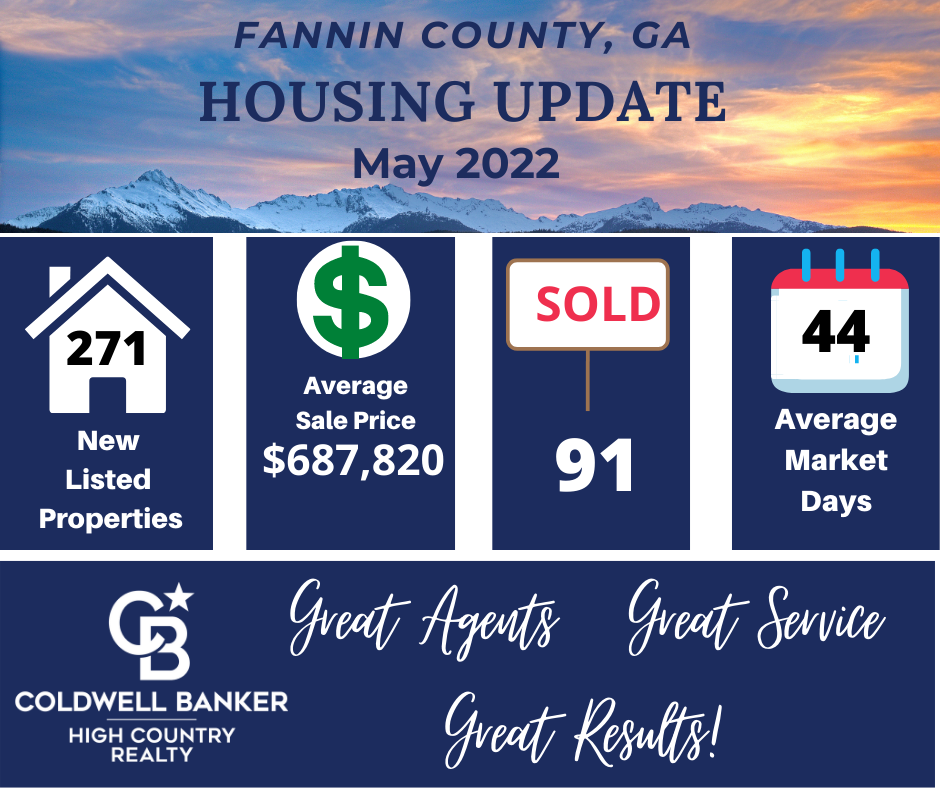 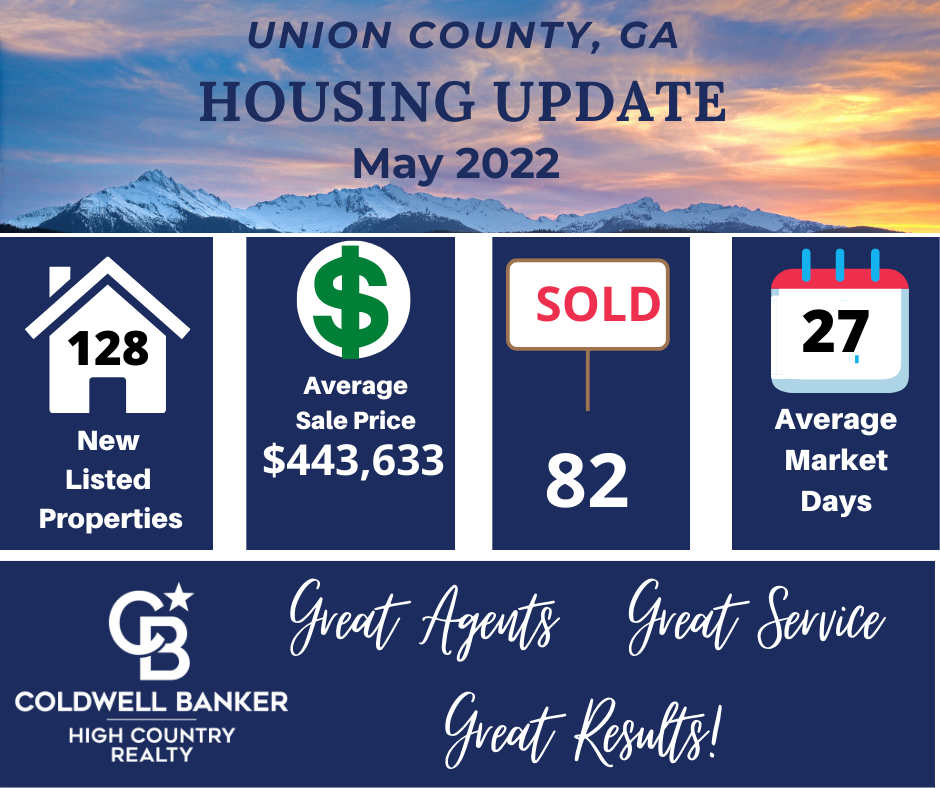 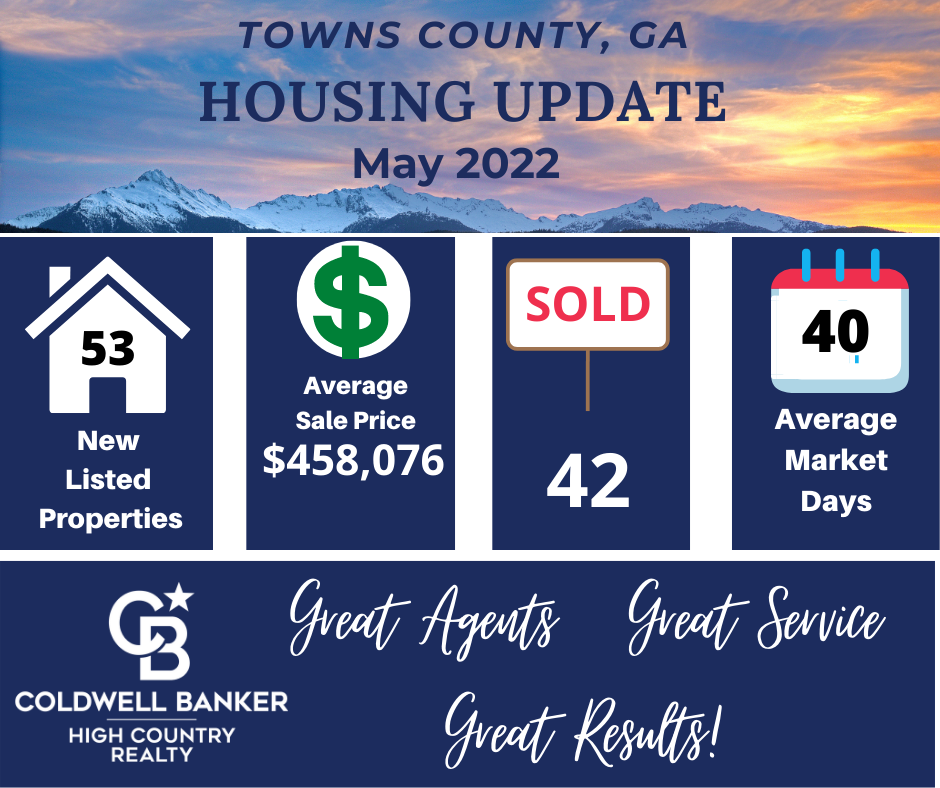 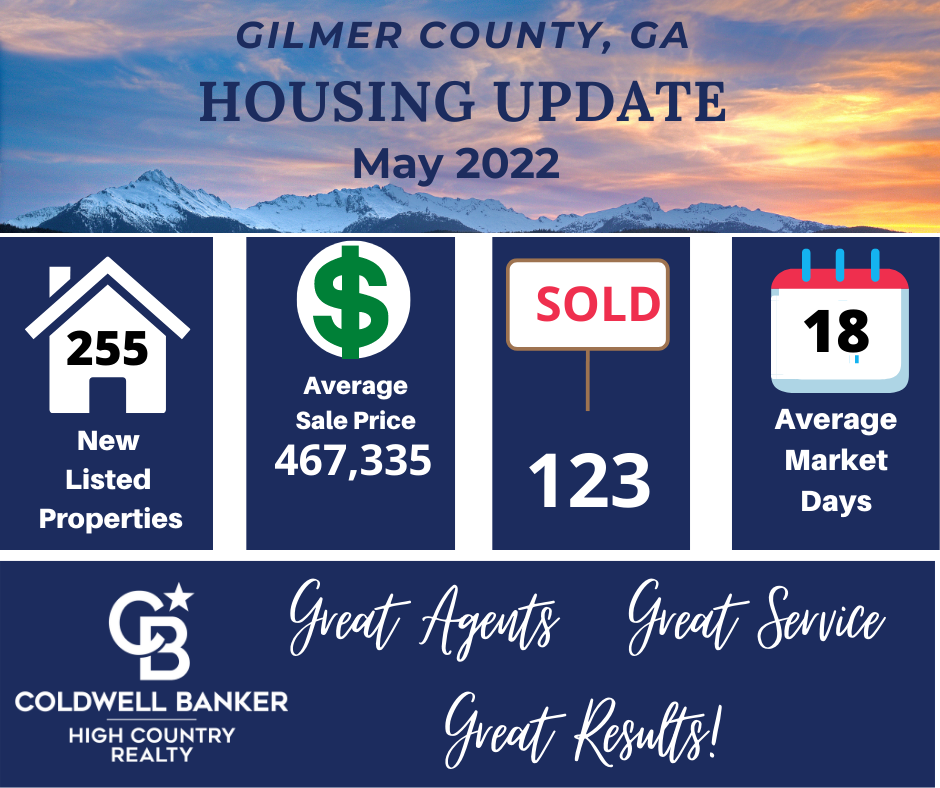 The average price though ($495,704), while under the March and April levels, was on par with the months before March.  Still, it would appear that the high relative prices in Fannin are affecting its number of sales transactions more noticeably than the other mountain counties.

UNION – Union also had a strong month in May. Units closed (97) was the best so far this year, and would have come in 5th place in 2021. Average price also was strong ($293,610), and in fact was higher than half the other months this year and all the months last year.

GILMER – The number of Gilmer closings (127) is holding strong, and is on par with the monthly average of last year.  Gilmer’s average price rose to $305,481, which is higher than 8 of the previous 12 months.

Rental Statistics for Fannin County – May 2022

Due to completed New Construction, and homes being purchased by investors and converted to rentals, the supply of houses & cabins for vacation rental has increased 30%-35% just over the last year.

Fortunately, bookings increased nicely by 26%-31% too, but since that wasn’t quite as high as the increase in supply, we saw a reduction in the occupancy rates.

Despite still strong occupancy and revenue in May, it looks like the arrivals (people visiting Fannin Co., even for a day only) during the January – April period were down (-23%).

For a PDF copy of the Blue Ridge – Fannin County Tourism Statistics, please email a request to michellemariarealtor@gmail.com.

No comments to show.